(PHOENIX) — As the eagerly awaited premiere of Americano! draws near, the production is giving fans an unusual preview opportunity as well as making a contribution to a scholarship fund that benefits the sons and daughters of U.S. Marines.

Music included in Americano! is now available on CD and on digital platforms.

For a sample of some of those recordings click here.

Nine of the more than 20 songs from the musical are being performed by Americano composer/lyricist Carrie Rodriguez, and the musical’s arranger, Sergio Mendoza and his band Orkesta Mendoza. In addition to leading his own band, Mendoza is also a member of the Grammy nominated Arizona based band Calexico. Calexico bandmate Joey Burns is featured singing a duet with Rodriguez called “Moving On”. Other featured vocalists on the album include Carlos Arzate who leads the band Kind Souls, and solo artist Brian Lopez.  Both are well-known Tucson, Arizona singer/songwriters.

The “concept” album is an unusual step for an upstart musical to undertake. The most recent and significantly similar release was done by Sara Bareilles prior to the onset of the musical, Waitress.

Americano! is the first major musical based on the struggles of DREAMers and tells the real life story of Antonio Valdovinos, whose parents brought him to the U.S. from Mexico when he was 2 years old. Tony did not know that until his 18th birthday when he tried to fulfill his dream of serving his country by joining the U.S. Marines. Denied that opportunity, Antonio’s disappointment propelled him in a different direction as he went on to become the first undocumented immigrant to serve at Phoenix City Hall. Antonio later became a community activist and has helped elect countless Arizona candidates, including a Marine to the U.S. Congress.

A pivotal song in this musical is entitled, “Come Join the Marines.” To honor those serving our country the production company for Americano! will give the Marine Corps Scholarship Foundation 100% of their publisher share of the download revenues for that song for 12 months. The Marine Corps Scholarship Foundation (MCSF) will also get a portion of the profits from the album sales. For more than 50 years the MCSF has been honoring Marines by helping to educate their children.

“Americano! is extraordinary, fresh, different, and perhaps new musical vernacular. I am so pleased about what we have produced and want to make it available to the world in addition to people coming to Phoenix to enjoy it,” said Mendoza.

“In a way, the MCSF donation helps bring some resolution to my journey. Not able to serve this country by joining the Marines, the telling of my story will honor those who served by enabling the sons and daughters of Marines to realize the promise of a college education,” said Valdovinos.

Americano! debuts January 29th as the centerpiece of The Phoenix Theatre Company’s 100th Anniversary.  It is poised to be one of the most important and impactful American theatrical works of 2020. 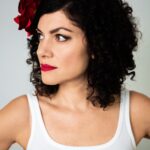 Michael Barnard, The Phoenix Theatre Company’s Artistic Director, is Co-Author, along with Jonathan Rosenberg, as well as the Director of Americano.

Carrie Rodriguez is an Austin, Texas-based artist whose most recent release, the critically-acclaimed bilingual album, Lola, was named as one of NPR’s top 50 albums of the year. Carrie has performed on stages across North America and Europe for the last decade, as well as on programs such as Austin City Limits, The Tonight Show, and A Prairie Home Companion. 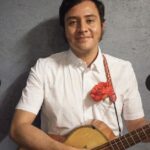 Sergio Mendoza is a singer, guitarist and Latin music pioneer.

Mendoza was born in the Arizona border town of Nogales. He is the founder of Orkesta Mendoza, a band in Tucson that melds Indie Rock with Latin music and he is a member of the band Calexico. Mendoza’s musical influences come from both sides of the U.S.-Mexico border.

The concept album release was produced and arranged by Mendoza and recorded at Embassy Studio in Tucson. All songs were written by Carrie Rodriguez/Indian Trails Music.

Tickets for Americano! are on sale at www.phoenixtheatre.com 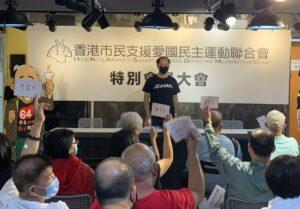 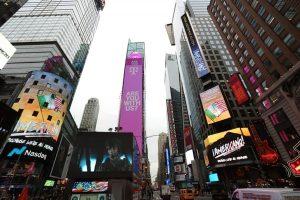 Americano! – a record-setting musical based on the life of a DREAMer –finalized an agreement with New York City-based Amas Musical Theatre to co-produce a